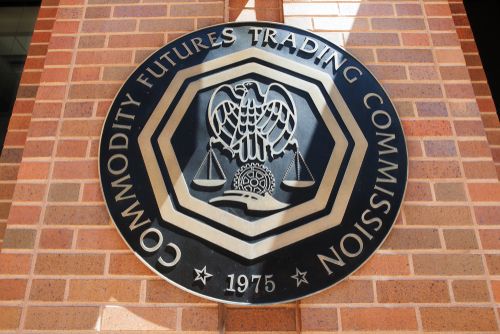 Today, the Commodity Futures Trading Commission charged a record fine of $67M to Tower Research Capital LLC to settle civil and criminal charges of spoofing. Spoofing was prohibited by the Dodd-Frank Wall Street Reform and Consumer Protection Act of 2010 and enacted as part of the Commodity Exchange Act in 2011. Spoofing describes a form of prohibited trading that gives a false impression of supply and demand by, “bidding or offering with the intent to cancel the bid or offer before execution.” 7 U.S.C. §6C(a)(6)(C).

The traders' spoofing allegedly consisted of submitting "tens of thousands" of orders between 2013 and 2014 in the E-mini S&P 500, E-Mini NASDAQ 100, and E-Mini Dow futures contracts, that were not intended to be filled but to move the market by creating a false impression of supply and demand.

This was not Tower Research Capital’s, a vocal lobbying force, and early critic of critics of abusive high-frequency trading, first time defending itself against allegations of spoofing either. In a case that was resurrected upon appeal to the Second Circuit, after being dismissed by Judge Wood, five Korean citizens, traders on the overnight market of the Korea Exchange (KRX) accused Tower’s head, Mark Gorton and Tower Research Capital, LLC of spoofing. [2]

On October 18, 2018, a class action case was filed against Tower Research Capital, LLC and Messrs Mao, Gandhi and Mohan, on behalf of everyone who trades the Dow E-mini futures contract, E-mini S&P500 contracts and E-mini Nasdaq futures contracts and related options between March 1, 2012 and October 31, 2012.[3] The traders and Tower Research have subsequently tried on two occasions to have the class action case removed from federal court to exchange arbitration arguing that at least two of the involved parties are exchange members and as such the suit is subject to mandatory arbitration at the CME Group, Inc.

The CFTC’s and Department of Justice's crackdown on market manipulation through spoofing dramatically stepped up beginning in 2018. In 2018, the CFTC brought a record 26 cases alleging spoofing and manipulative conduct-many alongside prosecutions by the Department of Justice. This compares with a little more than a handful of cases per year in the preceding years that followed the adoption of Dodd-Frank Act of 2010.

The record fine today is significant because it is a material departure from the much smaller fines the CFTC has previously assessed. For example, HSBC Securities, was fined $1.6 million on related charges, and Andre Flotron, a former UBS AG metals trader was fined $100,000 for spoofing. Earlier this year, Merrill Lynch Commodities was fined $36.5 million as part of a joint settlement with the Department of Justice and the CFTC for spoofing. In January, Deutsche Bank and UBS agreed to pay fines totaling $46 million.

In the past, many of the exchanges used statistical analysis and relatively unsophisticated email searches to look for evidence of spoofing. Things have changed. The CFTC and Department of Justice have proven adept at not only finding spoofing in the trading markets, but prosecuting instances of it, and being able to explain spoofing to triers of fact.

While the law has historically lagged technology and seems one of the last industries to adopt technologies like artificial intelligence and machine learning, at least in the field of detecting spoofing, it is catching up. When Dodd-Frank's "spoofing" prohibition was enacted, there was justifiable concern about how it could possibly be enforced and worse, whether it would criminalize perfectly normal market activity. Since this time, my law firm has observed the evolution of spoofing detection over the past seven years, evolving past the prosecution of the Coscia case. Now regulators are better able to look for the proof of spoofing both in the form of patterns and intent, in the software code itself. It is possible to think that this settlement heralds a new regulatory regime.