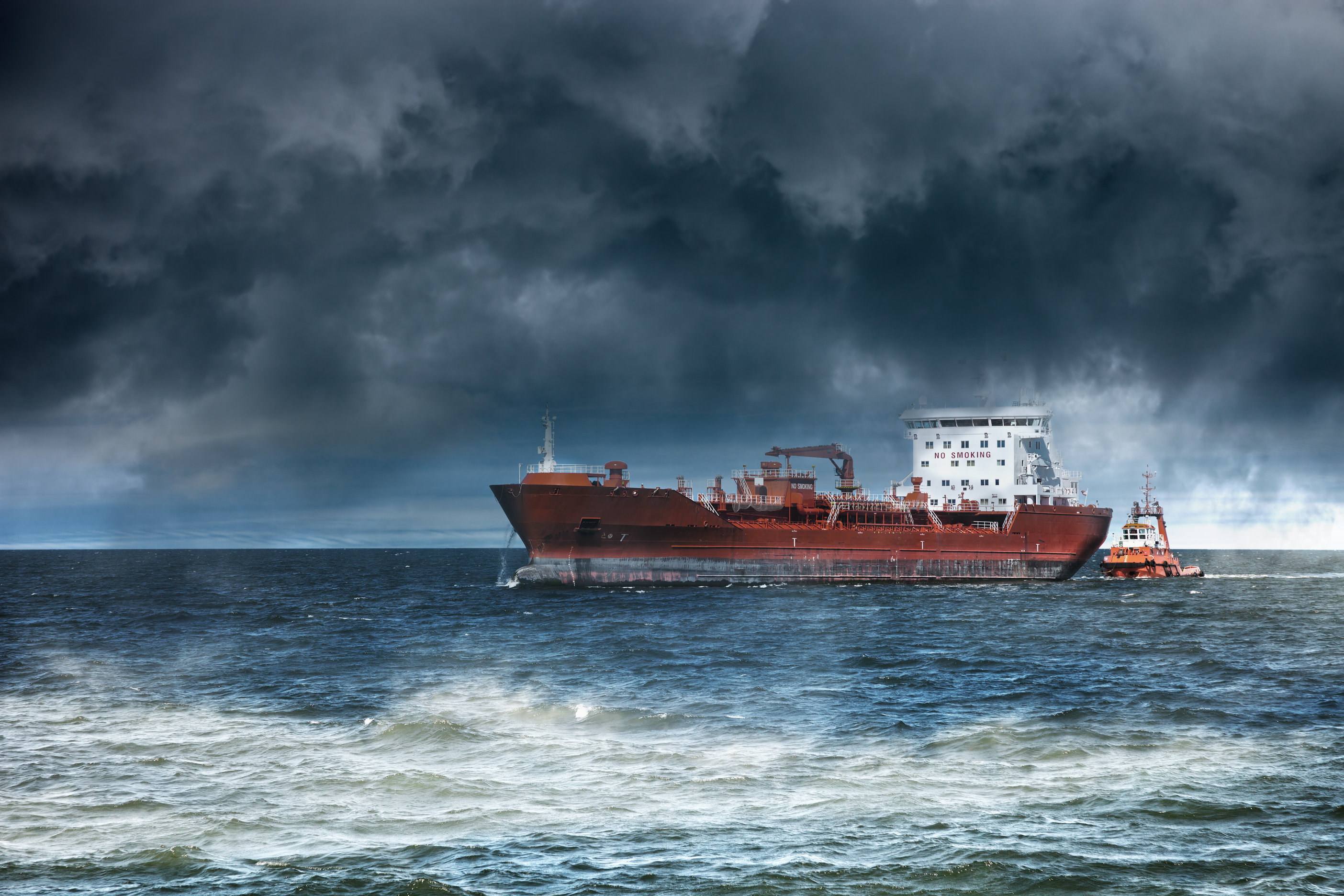 This is all the more significant because the negative price happened in crude oil futures. The industrial world was built on crude oil. It is the lifeblood of global commerce, manufacturing, transportation and trade.

Unsurprisingly, there are calls for investigation by the regulators made from legislators and people within the trading industry, and there are lawsuits. This firm filed a class action on July 9, 2020 related to the negative oil prices.

Negative prices in West Texas Intermediate Crude (WTI) left many questions that will long linger- questions like whether there should be negative prices in the first place? What happened to cause a price, for the first time in history, below zero? Why did the trading exchange allow this to happen? Who did the exchange consult in making the decision to allow for negative oil prices? Did they consult their customers or their largest users? No one seems to know when and by whom the decision was made to allow for the occurrence of negative oil prices at the exchange. Why weren’t the exchange’s circuit breakers triggered? Perhaps the better question is-were there any circuit breakers at all? Upon whose shoulders does culpability lie?

In reality, the answers are complex and not easily determinable because there are multiple causes, along with multiple independent and dependent variables, some of which cannot be known. OPEC, geopolitical tensions, sentiment, and supply and demand all affect oil price. Among additional demand variables were things like the sharp decline in car and air travel caused by Covid-19 globally along with less demand from China. Other factors may have been the tensions between Saudi Arabia and Russia that came to a head on March 9, 2020 when Russia stated it would no long make cuts in oil production to bolster oil prices, causing a 25% drop in oil prices that was also the largest decline since the 1991 Gulf War. Perhaps fear itself that the global slowdown in travel would impact prices for a long time, or the collective effect a global pandemic has on trader sentiment-a sense that anything is possible in a strange and altered world to the one that existed just 30 days prior. It is possible that all of these factors and many more had a causal role and interplay with each other and with other factors, which we may never fully sort out.

Futures are a zero-sum game meaning that for every winner or amount won, there is an equivalent loser or sum lost. What we do know is that many funds, traders, punters, and brokerage houses suffered massive losses. While other market participants saw this coming and made money from it. Goldman Sachs was prepared and made over $1.5B. Some legacy fund managers in the commodity space also did well, while many others did not.

On August 4, 2020, a federal class action suit Mih Int’l Monetary Inc., v. Vega Capital London, Ltd, et al (20cv04577) filed in the Northern District of Illinois seeks to simplify matters by charging one small UK trading firm, that made a $500M profit, with the prescience to knowingly cause the negative oil prices by manipulating the market. None of the funds or investment banks that profited from negative oil prices are named in a recently filed class action lawsuit as defendants. This filing will face hurdles-a discussion of some which follows. But first some history-

On March 28, 1983, on the eve of the government approving the trading of crude oil futures at the Chicago Board of Trade and the New York Mercantile Exchange (“NYMEX”), John H. Lichtblau the president of the Petroleum Industry Research Bureau lauded the importance of the crude oil trading markets as being able to mitigate risk,

''Crude oil futures markets are logical now as never before for several important reasons…For one, there are now more sellers than buyers of oil because of the worldwide surplus, this has led to price volatility and uncertainty about the future, and commodity futures markets cater to those who seek insurance against price volatility and uncertainty.''

But one may be forgiven for questioning how well the exchange traded markets actually did mitigate risk, when WTI closed at negative $37 on April 20th only to close at $10.01 on April 21st? There is an ongoing debate about whose risk was mitigated- and how well negative oil prices reflected supply and demand during this time.

The August 4th lawsuit bypasses the exchanges and entities like Goldman (at least so far) to single out its defendant, Vega Capital London Ltd. (“Vega Capital”) as the culpable entity. Assuming arguendo, that market manipulation did occur (something no one has proven to have actually occurred), why do the exchanges get a pass? It is the exchanges under the self regulatory model that are responsible for policing their own markets and bringing enforcement charges against any users of its markets that would engage in trading practices that are disruptive to the market.

By law, a contract market or futures exchange has to ensure that their trading markets are free from manipulation and market disruption. They also have to conduct market surveillance and have what is called an audit trail.

Starting with the first point, the ability to influence prices-without knowing who else was in the market, is at best, a dressed up ‘guess’ that Vega Capital influenced the market. The only way to ascertain the impact of the defendant’s activities on price is to look at the all the other market participants that were in the market at that same time. This information exists nowhere else but in the exchange’s audit trail records.

According to caselaw, the ability to influence prices is evaluated by determining whether a party holds a dominant market position that would allow it to manipulate prices. In order to determine if Vega Capital was in a dominant market position, its actions would have to be weighed against those of everyone else in the market at the same time. This information would be in the audit trail records of the CME for the NYMEX market in crude oil. But securing this information is no easy task.

Even the regulators have to ask the exchange to look at the audit trail. The audit trail contains so much information, that processing it and understanding it, are not insignificant issues. Not to mention the fact that the exchanges would have an interest in protecting the privacy and intellectual property of all other market participants. This means they generally do not want to provide the audit trail to a private litigant.

Keep in mind that the CME Group, Inc. had issued at least three warnings to all market participants on the possibility of negative oil prices occurring. The exchange has stated that its markets functioned on April 20, 2020 -there was a trading market.

The third requirement, that Vega Capital caused the negative prices, also necessitates a review of the exchange’s audit trail. It is important to keep in mind that the amount of information that would need to be processed for a complete review of the audit trail, constitutes months of time and computational resources, even for the market regulators.

The fourth requirement, of intent to cause an artificial price is easier to prove but an analysis that states that intent is the same as the intent to make a profit, is a dangerous and facile analysis. All trading should arguably have a profit motive. That is the point of most trading for most speculative traders. Put another way, what rational trader enters a trade wanting to lose? The August complaint does appear to equate a financial incentive with the allegedly artificial, or negative price:

The complaint alleges as intent to cause an artificial price, the fact that Vega Capital made an extraordinary profit. However, this is also the purpose of trading. Without proof found in the audit trail, it is an argument that would too readily equate extraordinarily profitable trading with malfeasance. Making a profit, or the largest profit possible, is rational for any trader. Taking a rational motive and converting into wrongful intent merely because of the presence of an “artificial price,” not a given in this case, is not. Doing so would ensnare legal and rational market conduct into a rabbit hole of criminality and wrong doing. 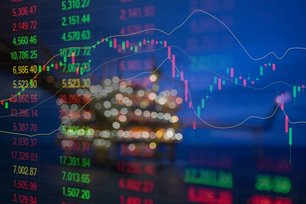 Interestingly, the factual allegations, or proof of manipulation as referenced in the federal complaint are almost identical, word for word, to the narratives of three news stories on the incident.

Simply put, the traders, in a tactic they used often before, aggressively sold oil in unison before the May West Texas Intermediate contract settled at 2:30 p.m. Eastern time.

The Vega jackpot, which has not yet been reported, involved around a dozen traders who aggressively sold oil together before the May contract for West Texas Intermediate was settled in New York at 2:30 p.m. It’s a tactic that Vega traders use regularly, said another person who is familiar with the company’s strategy.

Vega’s jackpot, which hasn’t been previously reported, involved about a dozen traders aggressively selling oil in unison before the May West Texas Intermediate contract settled at 2:30 p.m. in New York, the people say.

The Complaint at page 8, paragraph 45:

While it is acceptable in a legal proceeding to plead only publicly available facts, this complaint pleads scant more than what has been written in three news stories- at least in reference to Vega Capital. Hopefully there is more evidence that has not been plead, like chat messages, emails or other evidence of actual intent to deliberately drive down market prices going into a close. If not, then Vega Capital will be forced to spend tens or hundreds of thousands of dollars to defend itself from a Bloomberg article.

The lack of variance between a legal standard of intent to manipulate the markets and rational market behavior deserves careful consideration in this case and other manipulation cases like it. The fact that defendant Vega Capital profited from negative oil prices does not in and of itself mean it broke the law or committed market manipulation, it could simply have been lucky, or smart or both, as were many other market participants on that day.