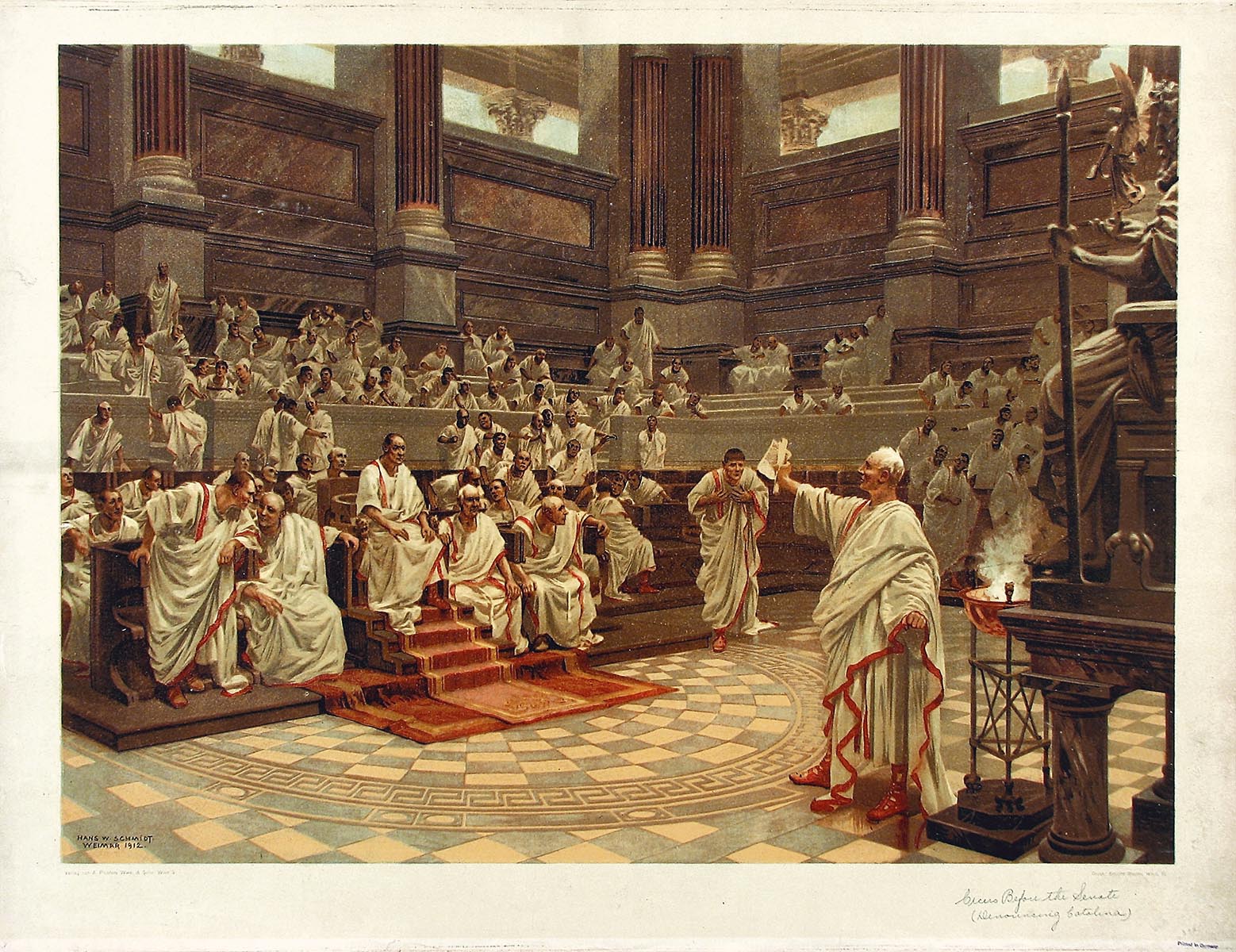 The Confrontation Clause, Spoofing and Covid-19

The great duke
Came to the bar; where to his accusations
He pleaded still not guilty and alleged
Many sharp reasons to defeat the law.
The king's attorney on the contrary
Urged on the examinations, proofs, confessions
Of divers witnesses; which the duke desired
To have brought viva voce to his face

In the past few weeks my office like that of many litigation practices, has had to contend with a litigation landscape dramatically altered by COVID-19. Federal hearings even sentencing hearings are being conducted over video and teleconference lines. The reason is to mitigate the risk of spreading the Coronavirus. But there is a trade-off to this-the diminishment or loss of the Sixth Amendment’s Confrontation Clause. How the courts deal with this trade-off will affect the very meaning of the Confrontation Clause for the tenure of COVID-19.

This right and its meaning against the backdrop of the Coronavirus is the subject of a recent filing in the case of U.S. v. Vorley et al., (18-cr-00035) in the U.S. District Court for the Northern District of Illinois.

In this case, two former traders from Deutsche Bank, James Vorley and Cedric Chanu were charged by federal prosecutors with wire fraud and conspiracy to commit wire fraud because they allegedly engaged in the disruptive trading practice called, spoofing. The Dodd-Frank Act of 2010 defines “spoofing” as placing an order to buy or sell “with the intent to cancel” the order before it is filled. Spoofing is considered a disruptive market practice because it can create a false impression of supply and demand. What is significant about this case is that the indictment did not bring charges under the Dodd-Frank Act, which amended the Commodity Exchange Act (“CEA”), it brought them under the far more general and amorphous federal wire fraud statute.

As such the indictment against defendants Vorley and Chanu was opposed by industry groups like the Bank Policy Institute and the Securities Industry and Financial Markets Association, and The Chamber of Commerce who together wrote an amicus brief asking the court to dismiss the indictment.

Spoofing is specifically defined under Dodd-Frank. The fear among many in the financial markets is that the use of wire fraud statute instead of industry specific regulations that already criminalize conduct like spoofing, is an enlargement of the federal wire fraud statute and the potential criminalization of otherwise legal market conduct. There are arguments that attack the very definition of spoofing in the CEA as traders have to be able to cancel orders based on constantly changing market conditions.

As if the case was not novel enough, it is now headed for a jury trial in September despite a pandemic that has caused a cessation of federal jury trials in criminal cases in the Northern District of Illinois until after August 3, 2020.

The prosecution led by the Department of Justice’s Fraud Section have suggested that some of the witnesses from out of state and from out of the country testify by video conference. The Defendants object citing their rights under the Sixth Amendment’s Confrontation Clause and their refusal to waive their Speedy Trial Rights.

The Confrontation Clause as a general matter, bars the government from admitting a witness's out of court statement into evidence, if the statement is testimonial, and the defendant did not have a prior opportunity to cross-examine them. The exception to this is if the witness is considered unavailable as this is defined under Federal Rule of Evidence 804(a).

One of the seminal defenses of the Confrontation Clause was made by Justice Scalia in Crawford v. Washington,

Admitting statements deemed reliable by a judge is fundamentally at odds with the right of confrontation. To be sure, the Clause's ultimate goal is to ensure reliability of evidence, but it is a procedural rather than a substantive guarantee. It commands, not that evidence be reliable, but that reliability be assessed in a particular manner: by testing in the crucible of cross-examination. 124 S.Ct. at 1370, 541 U.S. at 61

In this opinion, Justice Scalia discusses the right to confrontation as originating in Roman times and as the Constitution’s drafters would have understood it from the context of English common law, going back to the trial in 1603 of Sir Walter Raleigh for treason.

In fact, the right to confrontation existed well before the 16th century. It is mentioned by Cicero as early as 70 B.C.E., in the Verrine Orations. In those orations specifically in the Second Speech Against Caius Verres, Cicero indicts the prosecutor Gaius Verres, the governor of Sicily, for various charges of misconduct while in office. Among the most egregious being that Verres had arranged for two trials to take place when the accused, Sthenius, would not be there and neither would his accuser. This means that even back then, there were procedural expectations, one of which was a version of what is our Confrontation Clause.

If Sthenius had been accused while present, if he had been detected in a manifest crime, still, as his accuser did not appear, Sthenius ought not to have been condemned. In truth, if a defendant could be condemned though his accuser did not appear, I should not have come from Vibo to Velia in a little boat through the weapons of fugitive slaves, and pirates, and through yours, at a time when all that haste of mine at the peril of my life was to prevent your being taken out of the list of defendants if I did not appear on the appointed day. If then in this trial of yours that was the most desirable thing by you,—namely, for me not to appear when I was summoned, why did you not think that it ought also to serve Sthenius that his accuser had not appeared? He so managed the matter that the end entirely corresponded to the beginning; the same man against whom he had received an accusation while he was absent, he condemns now when the accuser is absent.

The Confrontation Clause is one of the few rights retained by a defendant in a criminal case. It is, however, increasingly under-inclusive in its scope of coverage and impact as evidence and “testimony” particularly in spoofing prosecutions are not readily subject to cross-examination. For example, market data, software code and an exchange’s information on the impact of a trading order, based upon the exact number and nature of everyone else who was in the market at the time all fall within the umbrella of information the government can use to obtain a criminal conviction. Often this information is a substitute for witness testimony and not subject to confrontation through cross examination because it does not come from the testimony of an ordinary witness.

To every extent possible, defense counsel must be able to scrutinize all market data. This can be extremely costly. An argument often made against the Confrontation Clause is that it makes a criminal prosecution take more time and resources. That it is not efficient to question the basis of all the information contained in a calculation of the market impact of a trade, or a lab report. The time it takes to question every single person behind an analysis or piece of evidence may be highly inefficient especially when different sets of people are involved in each stage of generating a piece of analysis or report. But because of the under-inclusive nature of the Confrontation Clause, it is worthwhile to remember that efficiency does not rise to the level of being a counter argument to a constitutional guarantee.

The right to confrontation is even recognized in the Coronavirus Aid, Relief, and Economic Security (CARES), Act, H.R. 748, which was signed into law on March 27, 2020. In the CARES Act, video and telephone conferencing is encouraged but it is not permitted during any phase of a criminal trial without a defendant’s consent because the Confrontation Clause outweighs health concerns even during a pandemic.

Judge John J. Tharp’s ruling on the Defendants’ motion in opposition to live two-way video testimony filed on July 30, 2020, will be interesting to read.

There are exceptions to this principle in cases involving terrorism and national security, and cases involving child abuse where there are thought to be compelling and competing interests against live confrontational testimony. See, Hamdan v. Rumsfeld, 548 U.S. 557, 634-35 (2006) and Maryland v. Craig, 497 U.S. 836 (1990)